Protel was founded in 1983 by Steve Thompson, sold to a team of internal staff, and later retained by Shane and his wife Kimberly in 2019. Growing significantly since its founding, Protel has become one of the leading telecommunications support and installation companies in Springfield, Missouri. The company’s legacy of reliable service and support made it an ideal addition to Pitt Technology Group. As a part of this transition, Protel recently sold its office at 2929 N. Eastgate and will integrate operations into Pitt Technology’s headquarters in the Springfield Underground.

Pitt Technology Group was formed in October 2017, by Doug Pitt and Kevin Waterland after the two reacquired the business Doug started in 1991, then going by the name of ServiceWorld Computer Center. The company has seen significant growth since its formation, almost tripling in revenue and employee count. A company spokesperson has said that once complete, the transaction will allow Pitt Technology Group to expand its offering to include managed phone services and legacy phone system maintenance and support.

“Protel has been around for a very long time and has a long history of providing excellent low voltage and telecommunication services in the Springfield area. We are pleased to add them to our team and we’re looking forward to having their expertise as we extend our technology services to include phones. We plan to immediately start offering cloud-based managed phone systems with 24×7 locally-based support to their and our customers.” -Kevin Waterland 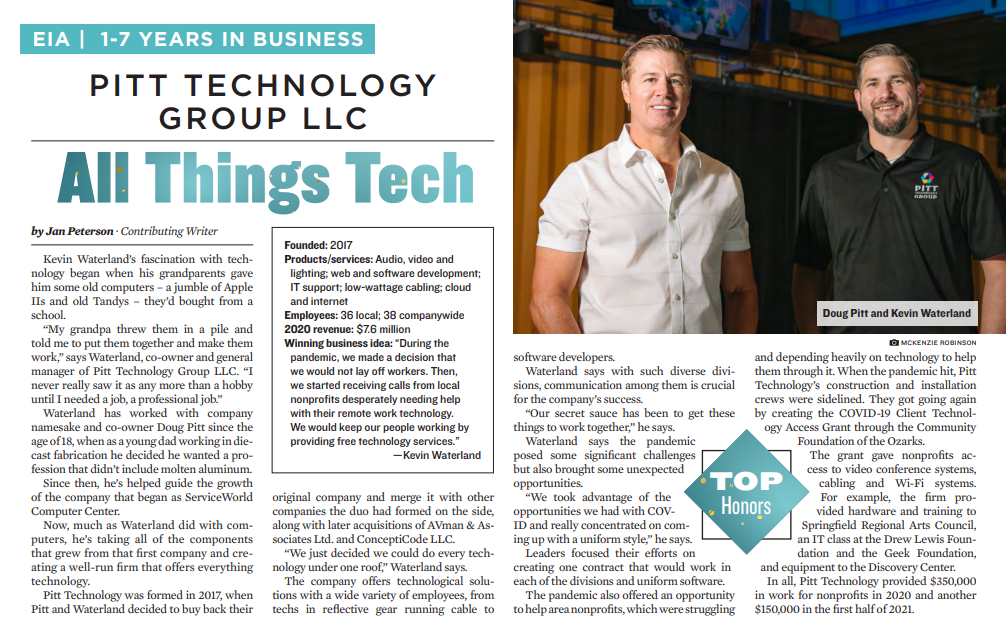 “The company offers technological solutions with a wide variety of employees, from techs in reflective gear cable to software developers.

Waterland says with such diverse division, communication among them is crucial for the company’s success.

‘Our secret sauce has been to get these things to work together,’ he says.” 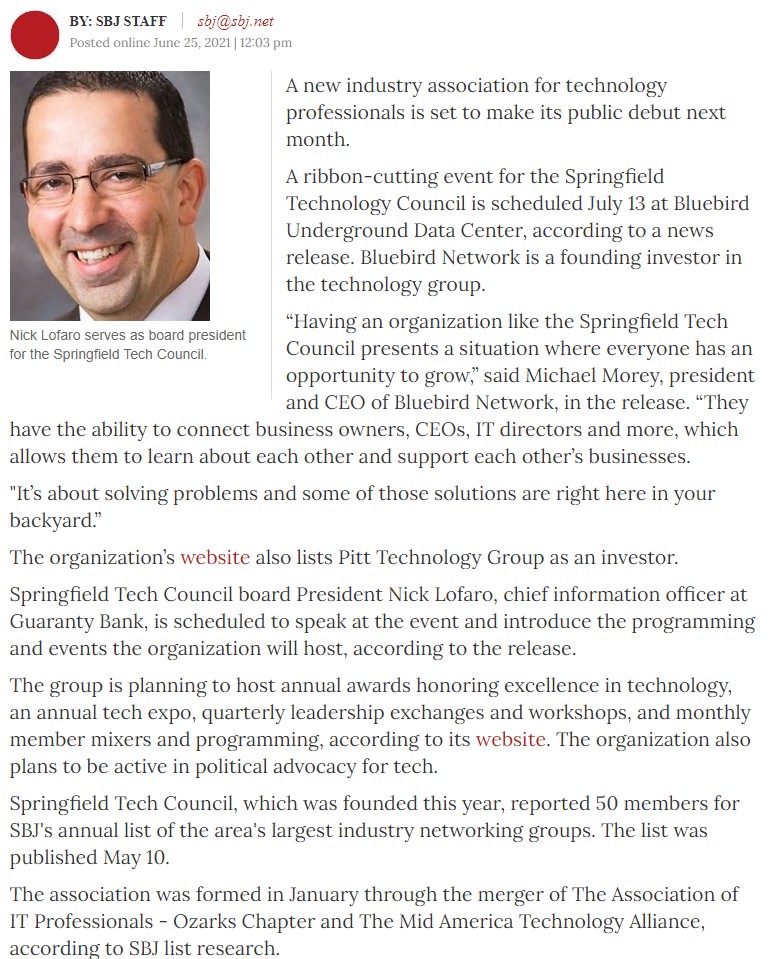 A new industry association for technology professionals is set to make its public debut next month, listing Pitt Technology Group as an investor.

“It’s about solving problems and some of those solutions are right here in your backyard.” 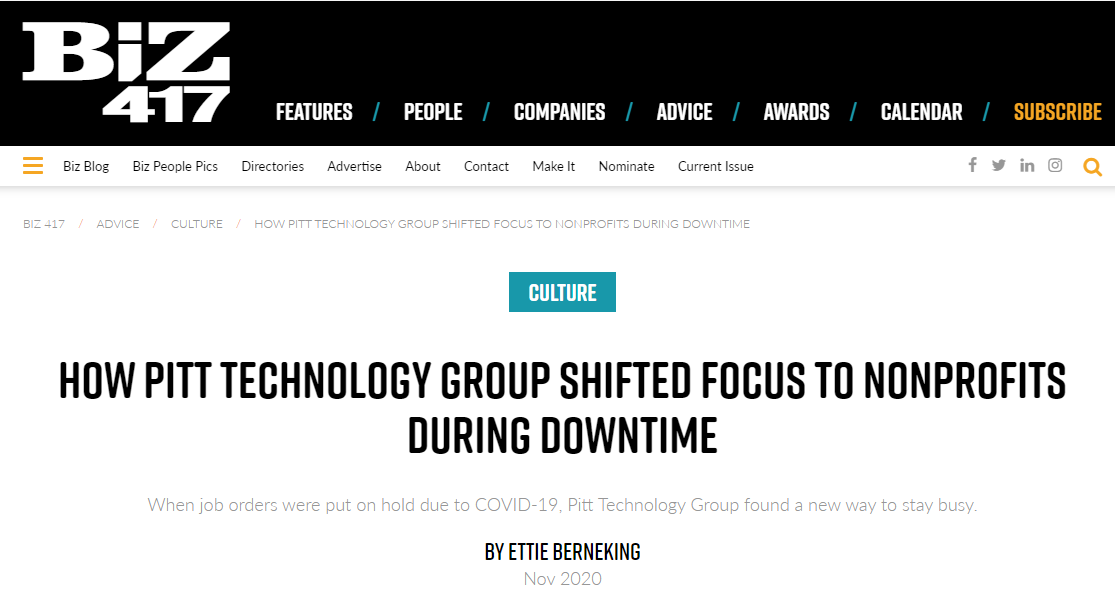 How Pitt Technology Group Shifted Focus to Nonprofits During Downtime

“For most companies that experienced a slowdown in work due to COVID-19, there was rarely a bright side. But at Pitt Technology Group, the slowdown wasn’t all bad news. It meant the tech installation company had time and manpower to put toward work with nonprofits after it received some funding from the Small Business Administration’s Payroll Protection Program.” 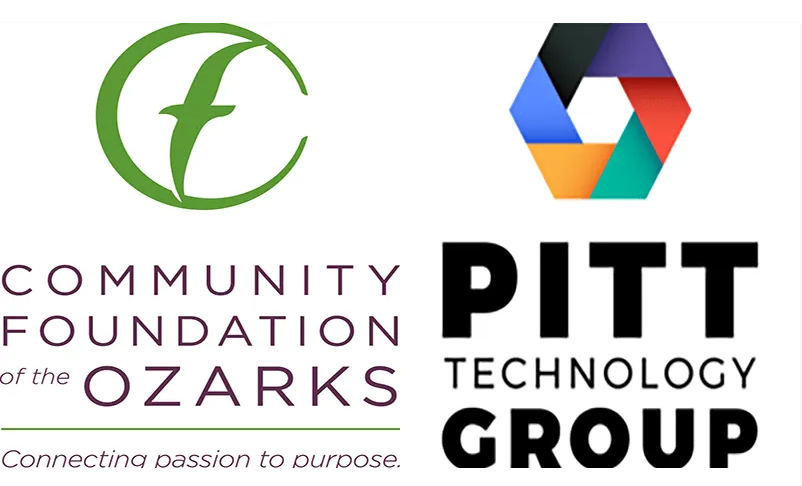 Pitt Technology Group partnered with Community Foundation of the Ozarks to provide technological upgrades to local nonprofits due to demand in COVID-related relief work.

“Pitt Technology Group will be providing up to $150,000 in services and equipment for both wired and wireless technology infrastructure, audio and video equipment for video conferencing, and custom software development.” 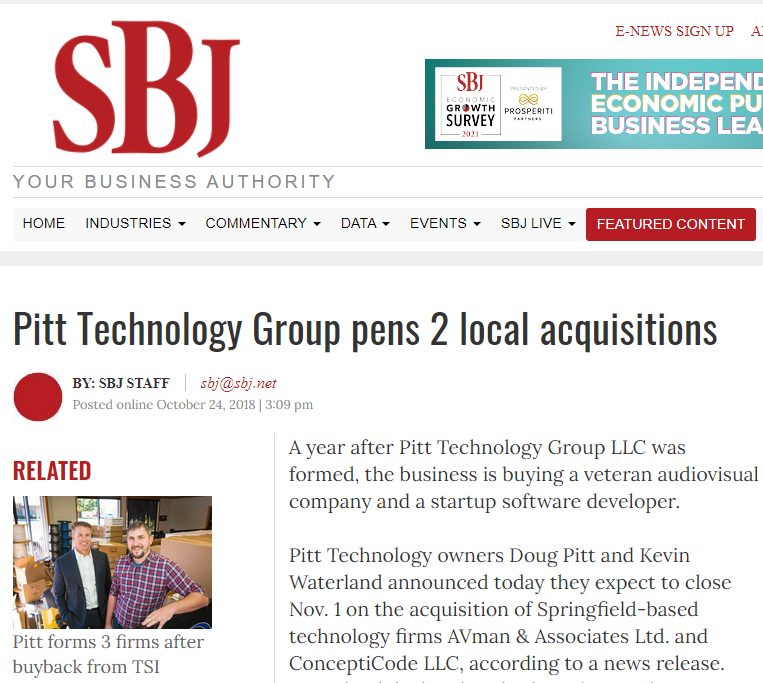 “A year after Pitt Technology Group LLC was formed, the business is buying a veteran audiovisual company and a startup software developer. Pitt Technology owners Doug Pitt and Kevin Waterland announced today they expect to close Nov. 1 on the acquisition of Springfield-based technology firms AVman & Associates Ltd. and ConceptiCode LLC, according to a news release. Waterland declined to disclose the purchase costs.” 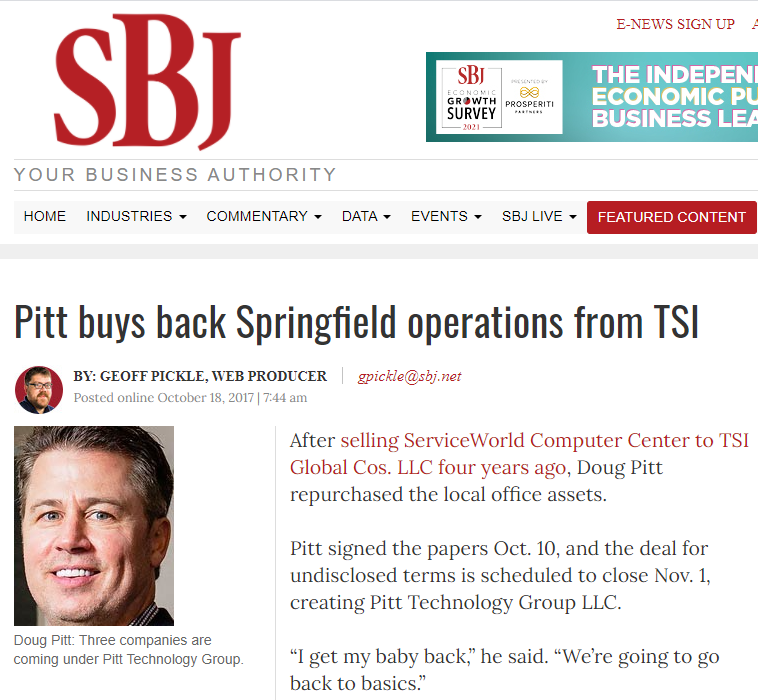